The team at Feehan Financial Services are active members of our community and have served on boards or volunteered for several local non-profits over the years including:

UHS is a not-for-profit, community-benefit organization governed by a board of directors whose members are selected from the communities we serve. The boards of each of our member organizations also represent their respective communities. All our board members serve without pay and are responsible for ensuring the quality of patient care, creating hospital and organization policy, approving the annual operating plan, and ensuring adequate resources are available to meet the organization’s mission. 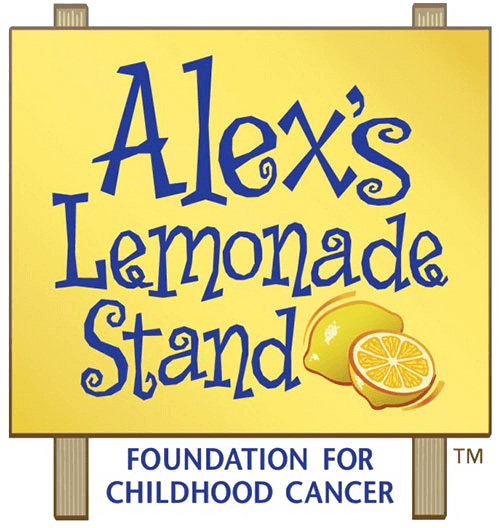 Childhood cancer is a cause that’s important to us all. It’s the leading cause of death by disease in kids ages 1 to 19 in the United States. Feehan Financial Group participates in fundraising events throughout the year, including the Annual Lemon Tournament, and hold their own lemonade stands in the community to help raise money for Alex’s Lemonade Stand Foundation. Learn more about the organization and how you can donate. 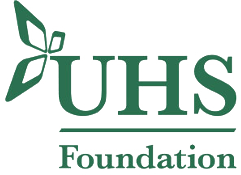 The UHS Foundation raises funds for state-of-the-art equipment, patient care facilities and community outreach programs that help UHS Wilson Medical Center and UHS Binghamton General Hospital remain leading providers of medical care in the region. The Foundation’s mission is to support innovation, service and quality at UHS by educating the community, attracting donors and managing gifts wisely. Our vision is to become the region’s health-related charitable organization of choice based on the communication of our cause, the care and service we provide to our donors, and the stewardship of the gifts entrusted to us.

Founded in 1983 in Johnstown, PA, by a group of Citizens Concerned for Human Life, Mom’s House® offers single parents hope for a brighter future through the power of education. Mom’s Houses® are God-centered, nonprofit, licensed childcare centers. Pre-school children receive quality care and early education. Their single parents are plugged into a network of supportive services that enable them to complete their education, become financially independent and free from the cycle of poverty. 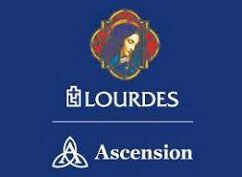 OUR LADY OF LOURDES HOSPITAL FOUNDATION

The Foundation was established in 1981 and is a separate 501(c)3 governed by a Board of Directors, comprised of local community, business and religious leaders who value Lourdes Hospital’s commitment to being a transforming healing presence in the community.

Broome County Heart Walk Heart disease and stroke survivors are the heart of the Heart Walk. Wearing your commemorative red or white ball cap, you’ll be celebrated along with other survivors.You can make a difference. Find Your Heart Walk. And don't forget to tell us that you’re a survivor in your Heart Walk Headquarters.

MERCY HOUSE OF THE SOUTHERN TIER

Mercy House is a community care shelter which provides a home and a supportive family to people with terminal illnesses who can no longer remain at home. Residents spend their final days surrounded by their loved ones, and the love of Mercy House staff and volunteers. The mission of Mercy House is to unconditionally accept each resident and ensure that they are treated with dignity, respect and compassion. 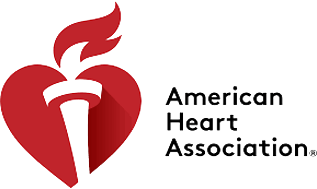 The American Heart Association is a nonprofit organization in the United States that funds cardiovascular medical research, educates consumers on healthy living and fosters appropriate cardiac care in an effort to reduce disability and deaths caused by cardiovascular disease and stroke.

ASSOCIATION FOR VISION REHABILITATION AND EMPLOYMENT

AVRE is a private, non-profit organization that serves people who are blind or visually impaired. People of all ages, from school-age children to seniors, can and do benefit from our services. We offer a range of learning, living, and working options for people experiencing vision loss. AVRE works with individuals who live in the New York counties of Broome, Chemung, Chenango, Cortland, Delaware, Otsego, Schuyler, Tioga, and Tompkins.

The organization was founded in 1952 by 10 families looking for social and educational opportunities for their children in Broome County. Since that time, ACHIEVE has grown to serve over 2,200 individuals with disabilities in three counties – Broome, Chenango and Tioga. As a Chapter of The Arc of New York, it is the Mission of ACHIEVE to advocate for an enhanced quality of life through skill advancement, inclusion, integration, socialization, and independence of persons with intellectual, developmental and other disabilities through services provided in Broome, Chenango and Tioga Counties. 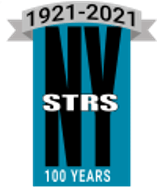 NYSTRS is the second-largest public retirement system in the state and one of the 10-largest public pension funds in the nation. NYSTRS’ 10-member Board sets policy and oversees System operations. 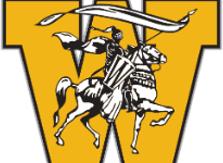 THE WINDSOR CENTRAL SCHOOL BOARD OF EDUCATION

The Windsor Central School District covers 110 square miles, includes the towns of Kirkwood, Windsor, Colesville and Sanford, and has over11,000 residents. Windsor is nestled in the rolling hills of Broome County in the Southern Tier of New York. Part suburban and part rural, the district is adjacent to the City of Binghamton. Windsor is a friendly, family-oriented community that offers a small-town feel while being close to a wide range of cultural, athletic, and educational opportunities. Binghamton University and Broome Community College are only minutes away. Other highly regarded colleges are a short car ride away. A variety of retail stores are nearby, as are recreational activities during every season.

The Binghamton University Foundation is Binghamton University’s fundraising partner. As a state agency, the University can’t accept gifts directly. That’s where the Foundation comes in. The Foundation, a nonprofit organization, manages and invests gifts donors make to support Binghamton. The result? More high-impact learning experiences for students, excellence in research and teaching, essential facility enhancements and critical annual support for the University’s greatest needs and school-specific initiatives and programs. Join us! 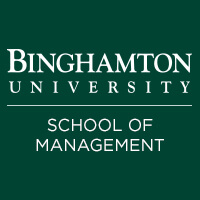 The Binghamton University Foundation is Binghamton University’s fundraising partner. As a state agency, the University can’t accept gifts directly. That’s where the Foundation comes in. The Foundation, a nonprofit organization, manages and invests gifts donors make to support Binghamton. The result? More high-impact learning experiences for students, excellence in research and teaching, essential facility enhancements and critical annual support for the University’s greatest needs and school-specific initiatives and programs. Join us! 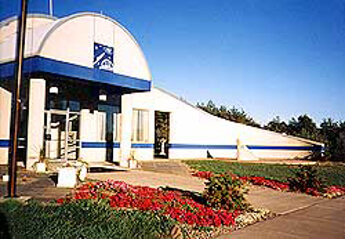 The Kopernik Astronomical Society’s (KAS) mission is to provide the Binghamton, NY area with resources to those who are interested in astronomy, space, and science collaboration. This is accomplished by providing support for the Kopernik Observatory and Science Center through volunteerism, hosting public outreach events, education programs, and by sharing experiences and information to anyone who might have a question. 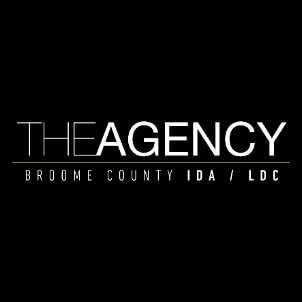 Make-A-Wish traces its inspiration to Chris Greicius, a child with leukemia who wished to be a police officer. In 1980, a community came together and made his wish come true. The impact of his wish was felt throughout his community and was the inspiration for what is now Make-A-Wish. Today, it is the vision at Make-A-Wish to develop the resources to grant the wish of every eligible child. The mission is to create life-changing wishes for children with critical illnesses.

The mission of the Baden-Powell Council, Boy Scouts of America is to prepare young people to make ethical and moral choices over their lifetimes by instilling in them the values of the Scout Oath and Law.

FRIENDS OF THE FORUM - BROOME COUNTY

The Friends of the Forum is comprised of local business owners, representatives from the Broadway Theatre League, Tri-Cities Opera, Binghamton Philharmonic, as well as citizens of Broome County like you, and others dedicated to raising funds for improvements at The Broome County Forum Theatre, individuals who are interested in ensuring that first-rate culture and entertainment continues to have a world-class home here in Broome County.

The Community Foundation for South Central New York is a focal point for philanthropy in the five-county region we serve; Broome, Chenango, Delaware, Otsego and Tioga counties. Whether you’re a community member thinking about how you might give back to the place you call home, an attorney, trust officer or financial advisor seeking to advise a client about charitable giving, or a nonprofit looking for a grant, we’re here to help. The Community Foundation manages an endowment a “community savings account” of funds either established or contributed to by individuals, families, businesses, foundations and others. (Click here to see a list of all our funds)

The Broome County Veterans Memorial Arena is a 5,000-seat arena (with up to 7,000 capacity depending on configuration).  It is home to the Binghamton Black Bears (Federal Prospects Hockey League).  The Arena anchors the downtown area as a center for a wide variety of sports, concerts, expos,and family events. The Arena was builtin 1973 as a result of a nationwide design competition. Some of the top stars in the world have played the Arena at one time or another. The first act at the Arena was the Barnum & Bailey circus in May 1973.Chicago played the first concert at the Arena (with Bruce Springsteen as opener) on June 20, 1973. The first regular tenants of the Arena were the Broome Dusters (NAHL, 1973-1977), followed by the Binghamton Dusters (AHL,1977-1980), the Binghamton Whalers (AHL, 1980-1990), the Binghamton Rangers (AHL,1990-1997), the B.C. Icemen (UHL, 1997-2002), the Binghamton Senators (AHL,2002-2017), and the Binghamton Devils (AHL, 2017-2021). management of soil, water, and related natural resources. 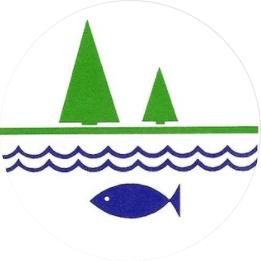 The Broome County Soil & Water Conservation District is the lead agency for nonpoint sourcepollution abatement, municipal stormwater assistance, technical planning andgrant writing for natural resource issues, and the design and implementation ofagricultural Best Management Practices in the County. Property owners mayreceive technical information as it pertains to soil, water and other naturalresource issues on their property. 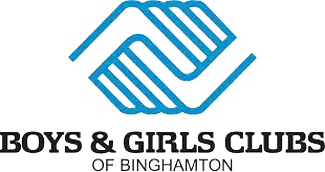 BOYS AND GIRLS CLUB OF BINGHAMTON

The organization is dedicated to inspiring and enabling all young people, especially those who need us most, to reach their full potential as productive, caring, and responsible citizens. Our three priority outcomes for every child are: academic success; healthy lifestyles & good character/citizenship.

The Greater Binghamton Chamber of Commerce’s mission is to serve as the premier resource for business development in the Greater Binghamton region. Our aim is to support the existing local business community and the attraction of new businesses to the region through member-driven programs and services, the development of strategic community partnerships and effective political advocacy. 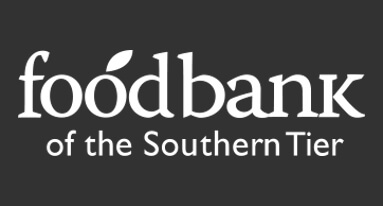 THE FOOD BANK OF THE SOUTHERN TIER

The Food Bank of the Southern Tier is committed to creating a future without hunger where access to healthy food by all is recognized as fundamental to the well-being and success of individuals and the foundation of a strong, vibrant society. 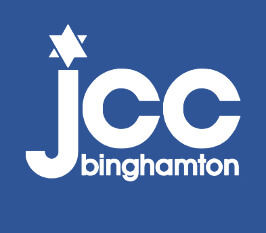 Since its inception in 1927, the JCC of Binghamton has evolved to become a vital part of the Broome County community as a full-service, not-for-profit, organization. Centrally located just south of the University Plaza, the JCC is a vibrant, dynamic institution enriching the lives of people of all ages through a wide variety of services. The JCC offers cutting edge programs in everything from day care, day camp and youth recreation leagues to aquatics, health and wellness, adult education, social, holiday and cultural programming. 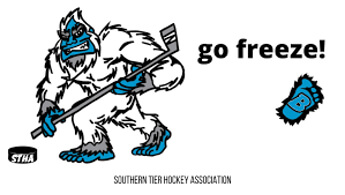 is a Youth Hockey Organization located in the Southern Tier of New York State. We offer both House and Competitive Tier II Travel Programs ranging from Mini-Mites through Midgets, ages 4 to 18. 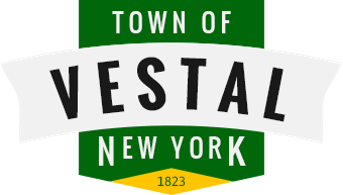 Our mission, as the Town of Vestal Recreation Department, is our commitment to enhance the quality of life for all residents, by providing a variety of wholesome, affordable recreational activities and services that encourage lifelong learning, fitness and fun for the Vestal community. We strive to meet the community's recreational needs in a clean, safe and friendly environment. It is an ongoing goal, to introduce new and innovative programs as the changing community dictates.

The mission of Family Enrichment Network is to provide supportive services for the optimal development of children and families. This mission includes a strong commitment to partnering with families and community agencies to develop and provide programs to achieve the best results for children and families. We believe in coordinating children and family services using a comprehensive and collaborative approach to improve their quality of life while ensuring the greatest value for our investment in child, adult, and parent development. 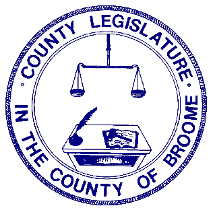